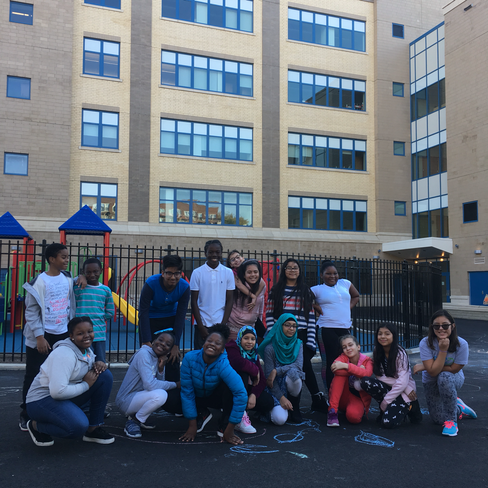 
Episode 2: Zunaira and Carmel discuss their talents, and bring Ms. Cho on the podcast for a special interview.


Episode 3: Maragrita, Weygnie, and Arina interview one another about their biggest fears.
Urban Agriculture SPARK Class
by Zionne T. and Kayannie M.

Urban Agriculture is one of the seven


SPARKs of MS 890. This SPARK is about growing fruits and vegetables. They are the farmers of our school. Mr. Enny, our social studies teacher teaches urban agriculture. Read on to hear more about this awesome SPARK.

Earlier this month, Zionne Toppin and Kayannie Mundle visited Urban Agriculture. When we visited the class we asked Mr.Enny what they were up to. He said, “We are making an indoor garden system. A large one.” They already had a small indoor gardening platform by the window but they needed a bigger one. They were helping each other put the parts together. There was large poles, nuts, bolts, and wheels. They had screwdrivers in their hands, screws, and a lot more parts.

We started asking people questions. We asked Ayla Espinal “Why are you guys doing this building project?” She responded by saying, “We are doing this for our plants, so that they will grow faster and be healthy.” Then we asked Samaya Daniels and Karlmello Jones what they like about Urban Agriculture. They responded, “We like Urban Agriculture because we get to plant fruits and vegetables that we can eat later and we get to build.” We think it is cool how they build their own indoor garden system instead of buying it already premade.
​

Urban Agriculture is a fun and amazing SPARK. All the kids involved in that SPARK love it. It’s all about planting and building and working together as a team, which the kids love.

The N.I.A after school program has started the first ever basketball team at MS 890.

Practice starts at 3:15 and ends at 5:00. During practice we do drills like three man weave, 5-3-1, and 3 on 1. We have practice on Mondays and Wednesdays. Our coaches are Mr. Enny and Mr. Belsky. When we get to the gym we go change and start our warm-ups.

Some of the warm ups that we do are 4 laps around the gym, leg and hand workouts, and ladders. After warm ups we split up into our teams. Mr. Enny coaches the girls and Mr. Belsky coaches the boys. Then each group scrimmages. The coaches give us feedback on our skills, teamwork, strengths, and weaknesses.

​We asked Paige, “What do you like about the Basketball team?” She answered, “What I like about the girls team is that we get along and work together.”  We also asked Gabriel some questions like, “Why did you join the team?” He answered, “I joined the team so I can get better at making layups and passing.” The students are working hard in practice and look forward to playing our first game in the next few weeks.
February Events at MS 890
by Jaiden Moore
​
This month, is February so... HAPPY BLACK HISTORY MONTH! Here is a list of holidays and events you need to be aware of this month.

On the 12th, Ms. Turner will be having a book club meeting where the students participating will meet C.B. Barnes. On the 13th we will have our Box Out Bullying Assembly. The next day will be a parent workshop for monitoring cyber bullying. This event will take place at 8 AM and all parents are invited.

Here is something exciting for students. On February 15th the school rewards stores opens! From February 16th to 25th will be Mid-Winter Break. All of that week, NIA will lead trips to the Metropolitan Museum, the Schomburg Center for Research in Black Culture, the United Nations, the Apollo Theater, and the Brooklyn Museum.

When we come back on the 26th, we will be learning African Dance during the last 2 periods of the day. Finally, on the 28th we will have a Black History Month Culminating Event and it's the last day of the marking period. 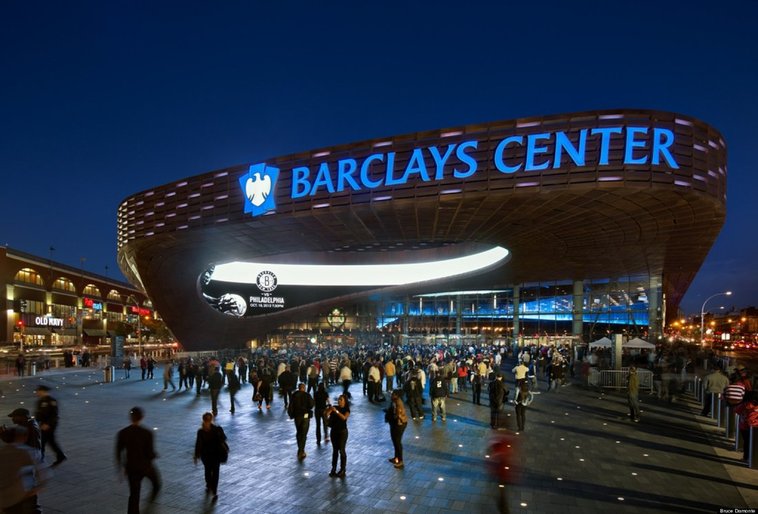 On January 19th, 2018 our NIA after-school group went to their first NBA game at the Barclays Center. We saw the Brooklyn Nets vs. Miami Heat. The game was really fun. Twenty-five students got to attend the trip. The trip was a reward for people who were named NIA students-of-the-month.

​When NIA ended at 6:00 who ever was going on the trip had to go to the  lunch room. When we got downstairs we separated into our groups. The group leaders were Ms. Yemisi, Ms. Joshua, Ms. Whitney, Mr. Pinnock, Ms. Samara, and Ms. Lamberg. We went with our groups and then sat down to get pizza. After we ate our pizza we lined up to go walk to the  Church Avenue train station. We got to the train station and we got our train passes and went on the train.

We took the train to Barclays and got off. We got there and had to wait in line. When we got to the front of the line we had to go through the metal detector and get our tickets. We were in Section 213 Row 3. When we got to our seats we sat down wherever we wanted. We could sit with any one of our friends. We watched the game until 9:30, leaving a little early so we would have time to visit the gift shop. Then we bought things and left. We walked back to the train station and got on the train back to MS 890.

When we got off the train at Church Avenue and walked back we were all talking and joking around with each other. We had so much fun. We thank Ms. Yemisi and the staff for taking us on this trip. 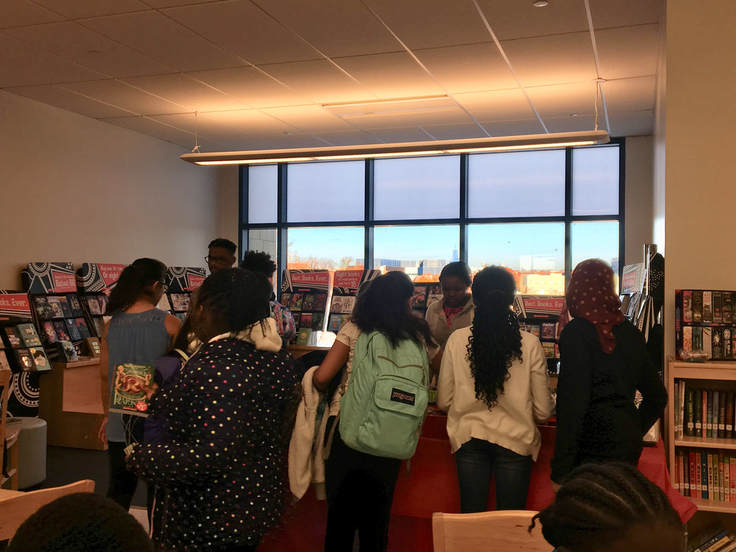 MS 890’s first ever book fair was held from November 27th to December 1st, 2017. The book fair was organized by our school’s Parent Association. There were many different books for different people. There were a variety of books like Diary of a Wimpy Kid, Last Kids on Earth, Anya’s Ghost, The Plot to Kill Hitler, and many more.

​There weren’t just books either. There were invisible ink pens, stress balls, pencils, and erasers. All the toys were very popular, especially the stress balls. All the advisory classes had an opportunity to attend the book fair. It was fun to pick out books for ourselves and buy some early holiday gifts for loved ones. The money raised from the book fair will go towards future student activities and school events.

On October 6, 2017 students from the SPARK Journalism class visited Mr.Fava’s Robotics class. We asked questions, saw what they were learning and how they were programming the robots.

While we were in Mr. Fava’s Robotics class we saw the kids learning how to program their EV3 robots. In Robotics they are programming the robots through a drag and drop program. In Robotics the students were given challenges. Some of the challenges that we saw were how to do a pivot turn, how to move the robot left and right and how to move it straight. We also saw Mr. Fava teaching them the numbers to put in the robot programmer in order to do the challenges. For example, he asked them what numbers they would put in the programmer. We interviewed some students in Robotics about the class.

We asked one of the Robotics students, Javanna, “What are you learning in robotics class? Is it interesting to you?” She answered “We are learning how to program robots and how to make them.”

We also interviewed Abraham. We asked him why he chose to be in Robotics. Abraham said “I chose robotics because I wanted to have the experience of coding.” He wanted the experience of coding because he saw a lot of robots on television and wanted to be a person who builds and codes robots when he grows up. We also asked Abraham what his favorite thing to do is in Robotics. He said “I like building robots and programing them to move around and do all types of fun turns and movements.”

On October 6th, MS 890 celebrated Hispanic Heritage Day during lunch. Students helped set up the cafeteria. We had a whole bunch of food laid out on the cafeteria booths. Mr.Frangella called table after table to get on line. He shared some food with us while we were waiting. It was a joyful day.

Mr.Frangella offered us some empanadas while we were waiting on line. We
saw all of the good food, but by the time we were called it was practically gone! We were all looking forward to tasting each other’s foods. We were especially excited to try Lorelei’s empandas and Gexemani’s tacos and guacamole but we only got to try Deisy’s tacos and a spoonful of Kayla’s rice and beans. We were a little upset, but the food that
we had was good and we were glad our dishes were so popular.

After we finished eating, the people that we dressed in  cultural clothing and who had a flag of their country were called to take a
picture in front of the banner that said “Hispanic Heritage Month Celebration.” The banner included flags from Central and South America, the Carribean, and other Hispanic regions. After the pictures Ms. Turner chose the winners from the raffle. The people who won were Deisy, Eisa, Christina, Nathalie and Kemya. It was fun.